The Sunrise Plaza on the Jones Valley Greenway Project

A Signature Project, A Defining Moment

For many years, the 2nd Avenue South corridor between 35th and 38th Streets, once a thriving rail yard in the late 1800s and early 1900s, has been abandoned railway property. Where once stood a magnificent roundhouse used to turn old locomotives around, there were but weeds and wasteland. This summer, the Freshwater Land Trust, in partnership with a team that included the landscape architects of Goodwin Mills Cawood and others, completed a section of the Jones Valley Greenway along this corridor connecting the popular Avondale commercial center with the remainder of a walking trail that extends all the way to Railroad Park. Birmingham Sunrise Rotary is proud to have been part of this project.

With the assistance of our partners, Birmingham Sunrise Rotary designed and built a plaza that sits roughly on the footprint of the old locomotive roundhouse. The plaza owes its circular design in part to the railroad facility that stood there and in part to the Birmingham Sunrise logo. In the center of the rotary “gear” shape stands a concrete dais topped with a 30-foot sculpture by world-renowned local artist, Deedee Morrison. The sculpture, named Inception, looks both modern and industrial and is inspired by the notion of a drop in time, rippling out into the future. It speaks to the Avondale spring that fed the budding industry at the turn of the last century and to the notion of how small changes make big ripples in time. Our plaza does just that, by providing a resting place along the way where one can sit and reflect on how far our city has come since the days of steam locomotives. It is a project that both defines this moment in time and redefines our club as a force to be reckoned with here in the Magic City. 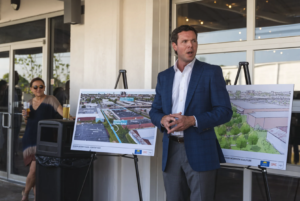 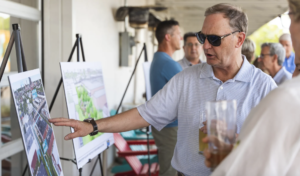 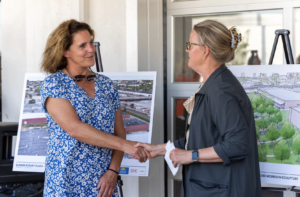 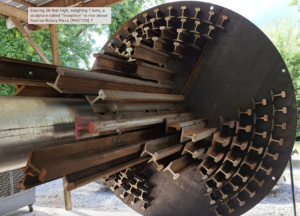 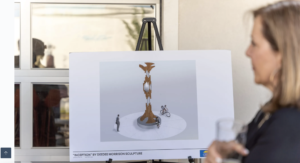 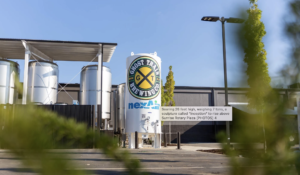 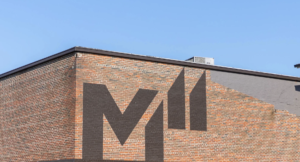 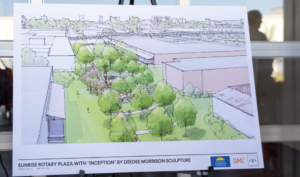